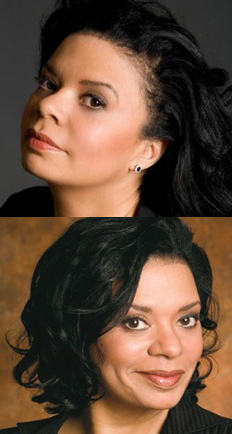 TheatreNow!’s newest podcast features twin sisters whose artistry encompasses practically every talent needed to succeed in show business. Yvette Heyliger and Yvonne Farrow are founders of Twinbiz,  a company whose mission is to write, direct and produce original works for stage, television and film. The interview was recorded on May 30, 2010, a few days after Yvette received her M.F.A. in playwrighting from Queens College in New York City

Yvette Heyliger is a playwright, a director and a producing artist based in New York City.  She is currently editing a book of her own plays, entitled, What A Piece of Work Is Man!: Plays for Leading Women. Yvonne Farrow is an actress, writer, filmmaker, model, and choralographer. She is based in Los Angeles. She wrote, produced, co-directed and starred in the award-winning short film I’d Rather Be Dancing.

The twins often collaborate. Yvonne starred in Yvette’s award-winning play WHAT WOULD JESUS DO?, which completed a sold out run at the Billie Holliday Theatre in Brooklyn this Spring. It is a fearless drama which explores the impact of HIV/AIDS on the African-American community.